We are working in close collaboration with the surgeons of Leman Aesthetic Clinic.

A surgical facelift provides lasting rejuvenation for the face and neck.

There are several types of facelift that improve unsightly signs caused by the ageing of the face and neck, either in a localised area or more generally. The aim of this operation is to correct sagging skin, facial muscles and features (such as at the temples, eyebrows, cheeks, jowls and the facial oval), as well as the neck. A facelift is not designed to change the shape or expression of a face, rather it aims to restore the position of the face’s various structures (such as the skin, muscles and fatty tissue), which gives the patient a younger appearance while not looking unnatural.

A facelift can either be on the entire face, or can be more targeted:

Before a facelift, a patient has to have a complete check-up. During the operation, the surgeon makes an incision that is largely hidden in the hair and the perimeter of the ear. The skin and muscles are then tightened, any superfluous fat is removed and excess skin is eliminated. The stitches are put in at several levels to reduce the tension on the tissues and to give a long-lasting, natural result. At the end of the procedure, the surgeon applies a bandage around the head, which is removed the day after the operation. 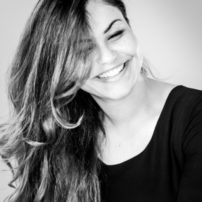 The effects of a facelift procedure can be felt for 2 to 3 weeks after the operation. These include a feeling of tightness, oedema and bruising.

Just as for any surgical procedure, some complications are possible, and for each patient, both the risks and benefits have to be considered. Detailed, personalised information will be given to you by your surgeon during your consultation.

we enhance your natural good looks

Take your skin back in time with the best regenerative aesthetic medicine.

the best of regenerative aesthetic medicine
From CHF 13,000
Discover this treatment

PRP regenerates and rejuvenates delicate areas of the skin such as eye contour, the neck and the backs of the hands.

Previous question
Your dream treatment
Next question
See the results
Nous utilisons des cookies pour vous garantir la meilleure expérience sur notre site. Si vous continuez à utiliser ce dernier, nous considérerons que vous acceptez l'utilisation des cookies. We use cookies to ensure the best experience on our site. If you continue to use our site, we will assume that you accept the use of cookies.OK